I’m a huge foodie, and a massive fan of Asian cuisine, so when Bang Bang Oriental Foodhall opened up in Colindale, not far from the old, now defunct, but still legendary Oriental City shopping centre, I had it on my wish list for months.

END_OF_DOCUMENT_TOKEN_TO_BE_REPLACED 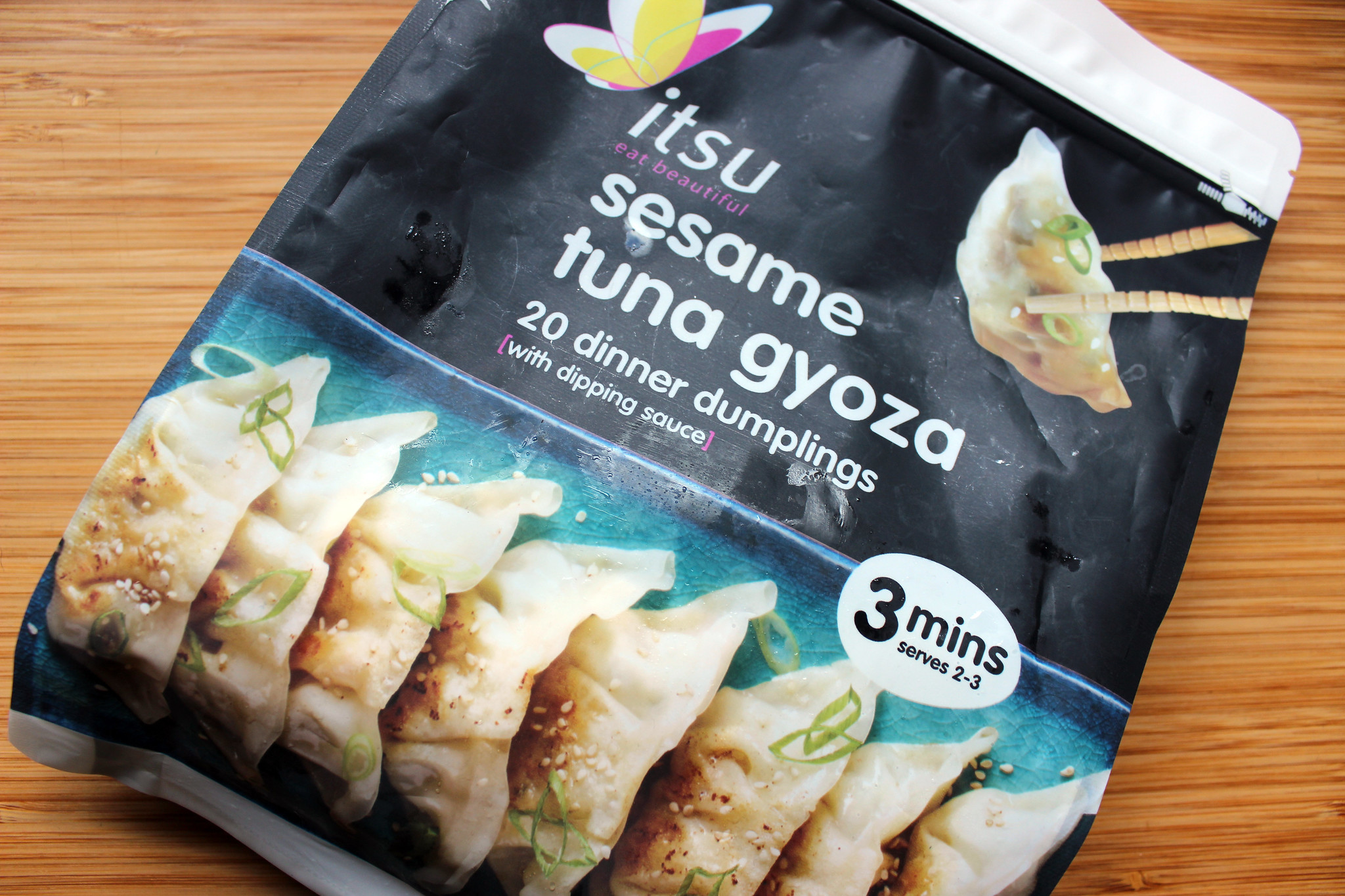 END_OF_DOCUMENT_TOKEN_TO_BE_REPLACED

This hearty, clean tasting bowl o’goodness is modelled on the sort of food that they feed to sumo wrestlers in Japan – but don’t be put off from trying it for fear of putting on weight. When it comes to food, sumo wrestlers go for quality and quantity – piling on the pounds with vast amounts of really good, healthy food.

Chankonabe is a kind of nabemono, or one pot dish, where all of the diners help themselves from a central, simmering stew. Not only does the tabletop stove the stew sits upon keep the diners warm in winter, but by sharing, friendships and familial ties are strengthened. Because sumos live together in groups in so-called stables, there is an obvious advantage to sharing meals – and although the origins of the word ‘chanko’ are unclear, many think the word comes from ‘chan’, for father and ‘ko’, for child, indicating the strong ties between a stablemaster and his trainees.

The chanko-ban, or chanko cook (that’s you, if you’re following my recipe!) is usually a junior sumo wrestler. There are no rules about what goes in chankonabe – the contents are dictated by the seasons, what’s in the kitchen, and personal taste. But generally, chicken is favoured, and beef and fish could be considered bad luck, as both represent a sumo in defeat (on all fours, or completely legless!).

Is it really chankonabe if it’s not served to or by a sumo? Well, maybe not – but eat it with a warrior spirit! This recipe will serve six adults, so it’s great for an informal dinner with friends.

I have a portable, tabletop stove that I like to use for this, but you can serve yourselves from the pot at the table without having heat under it, as it stays warm for a while due to the sheer volume of food inside!

It may seem like a simple dish, but somehow, the finished product is so much greater than the sum of its parts. I made this for my cousin and mum back in 2009, and they still talk about it… Maybe it’s time to make it again!

I’m one of those weird people who gets all funny about ketchup. I like it, don’t get me wrong, but I have certain rules about it – which I’ve never really examined in too much depth, to be honest. For example, it is never to be squirted onto food – makes it soggy. Better to go on the side, by itself, so it can be dipped into. Also, it is never to be mixed in with things to create some hideous Frankenfood of soggy ketchup and ‘other stuff’. That’s just wrong.

So, with that in mind, it’s very strange that one of my most favourite and comforting foods should be omurice: the dish that breaks my cardinal food rules and somehow manages to rise above its offence:

Omurice is basically rice and veggies cooked with some ketchup, then coated in an omelette and served with another drizzle of ketchup on top. It’s comfort food for children, which makes it all the more weird how strangely nostaglic the dish is for me, a 28-year-old woman who has never lived in Japan… But nevertheless, there’s something very universal about its combination of starchy carbs, eggy protein, and lashings of tomato sauce.

You can also keep this for the following day, and serve it in a bento ala the picture!

This recipe is a pretty good ‘un, in my opinion (I know, I know, who asked me?). Not only does it taste good, but it’s got veggies in it and it’s a way of naturally colouring your food without using chemicals. Now, there’s no way anyone could suggest I’m not up for dying food whenever I get the opportunity, but somehow it seems wrong to dye savoury food. Don’t know why! When you introduce sugar, all the bets are off…

Also, once you’ve softened your veggies, you bung the whole lot into rice cooker and let it cook. Easy! Obviously, you don’t have to eat this in a bento – it makes a great addition to a hot meal, too.

I really like this bento box – I have a thing for single tiered boxes. I also love Animal Crossing. I don’t know if the box is still available, but I bought it from J-List. (If you click that link, you’ll be taken to the J-List site, so if you buy anything, it earns me pennies to buy new bento stuff! Thank you!)

Recipe for carrot and onion rice

Late to the party again… here I am with scattered summer sushi in October. To be fair, I did come up with this recipe in May, but also, you can eat this any time of year, whether the weather’s sunny, or not. It’s the kind of dish that works better when it’s hot, but it’s still pretty nice around here even in autumn…

And yes, I did get carried away with decorating this, but it was worth it. So pretty! And not too much hassle to prepare, in the grand scheme of things.

I love the penguin pick in this bento. I bought it from J-List in a pack of sea-creature food picks, but I think the penguin is my favourite.

Inside this bento is a mixture of different recipes I was trying out for the first time. I think the sweet potato was a recipe from Wagamama, and included a honey and lime juice dressing. I’m not big on sweet potato, to be honest, and this one didn’t really sway me to the cause. This bento picture was actually taken over two years ago, and as you can see, I’d still not really perfected the art of packing onigiri… Ah well.

The orange bento box is from Daiso, and even though it’s one of the cheapest ones around, it’s still my favourite because it’s such a nifty oval shape. The front tier contains soy-balsamic chicken and spicy green beans, both adapted from Harumi’s Japanese Cooking – both of her English cookery books are great, although I prefer the second one!

You can increase or decrease the chilli powder according to your tastes, just ensure it’s all mixed in well or someone will be getting a surprise in their bento box…

You will need about one or two chicken thighs, depending on size, per person for a bento lunch.

I love making Japanese pickles – unlike western pickles, these aren’t preserved vegetables, but are soaked in a preservative liquid for a couple of hours, or overnight. This recipe produces a spicy delicious pickle that goes really well with rice and gyozas.

This pretty little bento is one of my favourites – it’s elegant and healthy… completely unlike me! Inside is sesame vinegar aubergine and spicy soy sauce cucumber, as well as soy sauce and balsamic vinegar chicken.

You might want to trim the inari skins down so that they fit in your bento, as some can be taller than your bento is deep. Generally, cutting them in half will make them the right size. Or, you can simply lay a full size piece on its side.

Even though nobody cares but me, every so often I sort of get myself into this little crusade to link together British and Japanese cooking. Don’t laugh, it’s actually not completely far fetched. Did you know that some very essential Japanese sauces, like okonomiyaki and tonkatsu sauce, are based on Worcestershire sauce? Did you also know that curry rice came to Japan from India by way of British companies? Come on, you can’t tell me you thought that brown gloop came from anywhere but the UK…

So, every so often I come up with something that’s sort of Japanese, but using British ingredients, and it’s never worked so well as it did with this scattered sushi recipe. It’s really simple, and it’s really good – and it’s great for hot summer days, too. Probably one of the main reasons this works is because the vinegar in the sushi rice dressing mimics the acidity of tomato ketchup. Hey, whatever it is, it tastes lovely.

There you go, a summery fry-up. Well, sort of.