This week, the Duchess of Cambridge began her early years initiative in earnest, at the Ely and Careau Children’s Centre in Cardiff. Part of her ensemble was a Zara leopard print pleated skirt, which was on sale for £9.99, but sold out almost immediately.

Kate wants to use the landmark survey to start a national conversation on her early years initiative. She’ll also be in Surrey later, but had to cancel a London visit due to weather conditions which have affected her travel plans. pic.twitter.com/TLUXkImXO3

If you were after pleated leopard print skirts, though, I have plenty for you! Apparently this is the must-have fashion item of the season, which I had no idea about… And, because it’s so popular, there are skirts in a variety of different price ranges as well, from £34 up to £169! 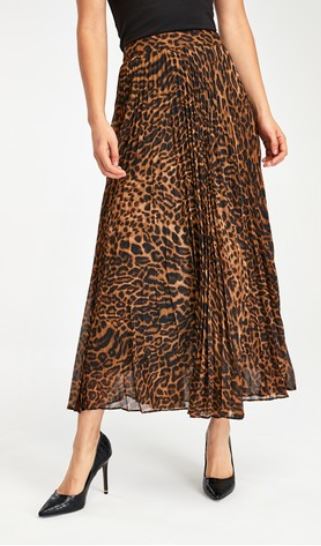 Spooky Halloween cat
Welcome to autumn… ❤️
Before… and after! I’ve been preserving so long I think I’ve pickled my brain too…! Peach jams and syrups, plus I also had some cucumbers and daikon radish to preserve as well. Now I just need to get rid of it all. 😂