Last month I was invited to host an Instagram photography class at KuPP in Westquay, as part of the Westquay Food Festival (to find out more about the activities, download the Westquay PLUS app, which has all the info you need about what’s coming up). While I don’t claim to be an expert in photography, I have been working in media for more than ten years, and have had my photos reprinted in books and magazines during that time – and I’ve definitely picked up some great tips along the way! END_OF_DOCUMENT_TOKEN_TO_BE_REPLACED

Last month I was lucky enough to be invited to the press launch of Wahaca in Southampton. Sometimes I need to pinch myself – I really am so grateful to every restaurant kind enough to throw open their doors for me to share their delights with you all! 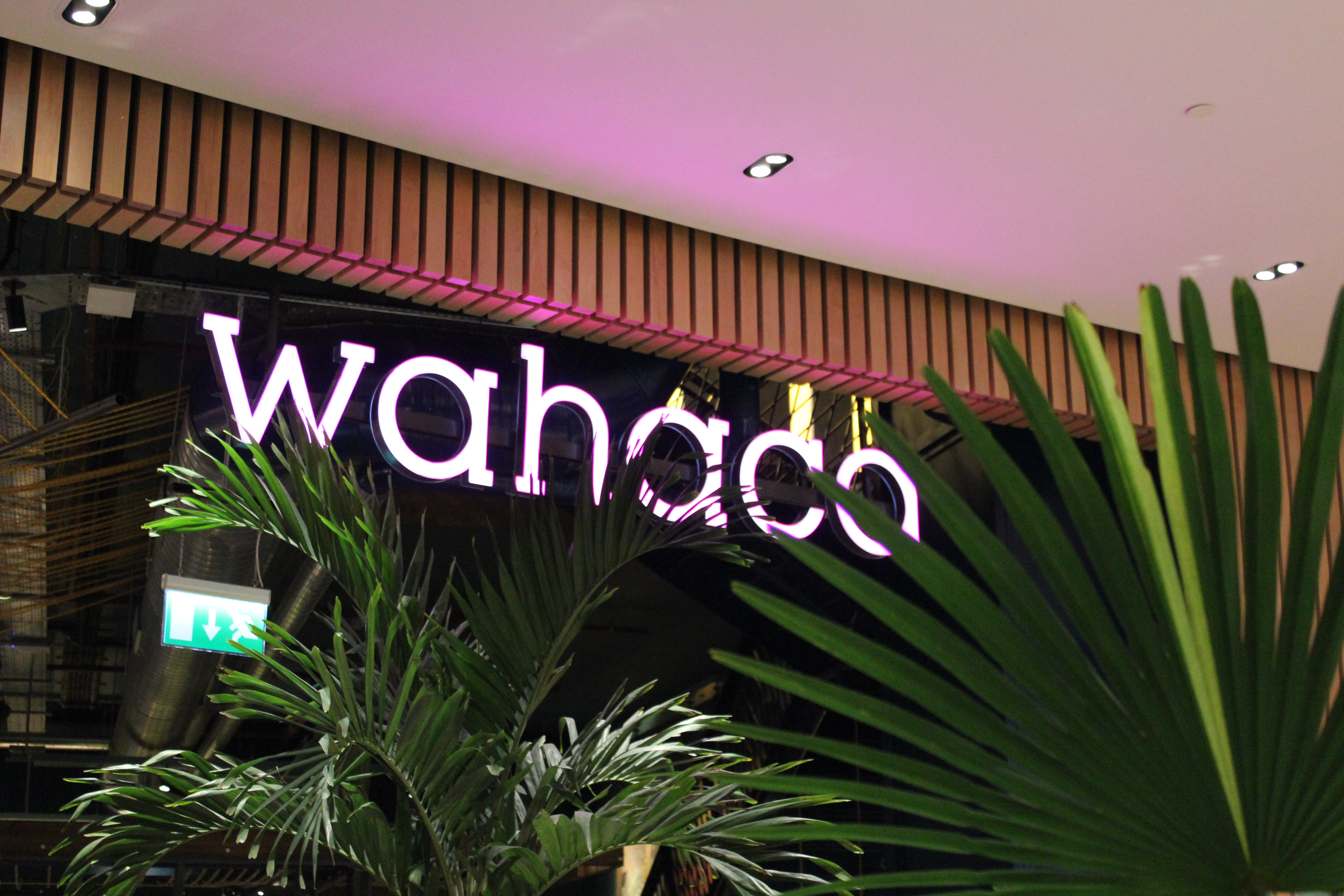 END_OF_DOCUMENT_TOKEN_TO_BE_REPLACED

Today I popped down to WestQuay for the launch of their revamped upstairs dining section, and a look at their cooking demonstrations – and to try some samples, of course! Earlier in the day, celebrity chef Aldo Zilli was on hand for some demos, but I caught the later cooking displays from the team at Wagamama, who made some delicious Asian-inspired dishes.

The team put together a variety of dishes, and being a greedy pig I got to try all of them!

This is the goma wakame salad, which is a new dish on the autumn menu this year – a nice, refreshing dish with a toasted sesame seed oil and vinegar dressing.

Chilli squid, which is one of their starters – delicious, crispy and spicy!

The squid is seasoned with sea salt and shichimi, which is a Japanese red chilli. It was served with a vinegar-based chilli, garlic and coriander dipping sauce.

I really liked this dish! Nom!

This was chicken and prawn cha han, which is usually served with miso soup and pickles (incidentally, my favourite Japanese breakfast!). It’s not usually the kind of thing I order in restaurants because it’s not really exotic, and seems a little plain, but I really enjoyed this – it was very savoury and the special Wagamama dressing they poured on really gave the rice a great flavour. I also loved the addition of the prawns and the egg.

This was the chicken and prawn Wagamama pad Thai, made with rice noodles, chicken, prawns, egg, beansprouts, garlic, ginger and chillies. I was surprised by the addition of mint, but it was actually a really nice addition that gave it a fresh taste.

There were also some samples from other companies at WestQuay, who all got a chance to come and give a little pitch about their products before we got a taste.

This lovely lady was from Hotel Chocolat, and dispensed samples of Raspberry Smoothie, a delicious milk chocolate truffle with a raspberry creme filling (made with real raspberries!).

It was actually really delicious – I don’t usually go for fruit-filled chocolates, but this wasn’t too sweet or artificial tasting at all. Well, of course it wasn’t, it was made with real fruit!

These two girls were from Harry Ramsden’s and hilariously, neither of them liked fish… A good advert for the diversity of the menu, I guess?

Either way, Sara was happy because they gave out free chips (and she’s allergic to fish, so I guess proves Harry Ramsden’s really is more than just battered cod!).

We also took a wander upstairs to check out the new Dining area, and I have to say, I was really impressed with its makeover!

Maybe it’s just because I love the Christmas decorations, but it looks really good up there! Actually, it’s not just the deccies, the furnishings and design is much nicer than it was before – very contemporary and in keeping with the newer, higher end brands that have set up shop now.

Even older brands have had a new look, and Cafe Giardino looks great in its new home under the stairs – making way for Ed’s Easy Diner in its place (which still hasn’t opened yet!).

We’re so cosmopolitan now we even have a Mexican place, Tortilla.

My husband will be pretty happy about that! They even do margaritas (not that I’ll be having any of those – tequila and I don’t get on!).

All in all, I was really impressed with the new look and brands at WestQuay – I never usually eat in the food hall but this will definitely tempt me back – although what it’ll look like on a Saturday at lunch time, I dread to think! But for now, with the Christmas decorations and cool new tables and chairs, it looks pretty inviting, don’t you think?