You guys may have heard a lot about glamping over the years: the luxe way to camp which basically involves turning up at a site to a premade semi-permanent dwelling, usually made of heavy canvas, to enjoy the outdoors without the slightest bit of inconvenience. Well, that’s all well and good if you have deep pockets and you don’t really enjoy camping, but if you’re into going outdoors and you want to introduce a bit of glam to your campsite on a budget, here’s the post for you! Get ready for possibly the most shallow discussion of tents and accessories you’ve probably ever read… END_OF_DOCUMENT_TOKEN_TO_BE_REPLACED 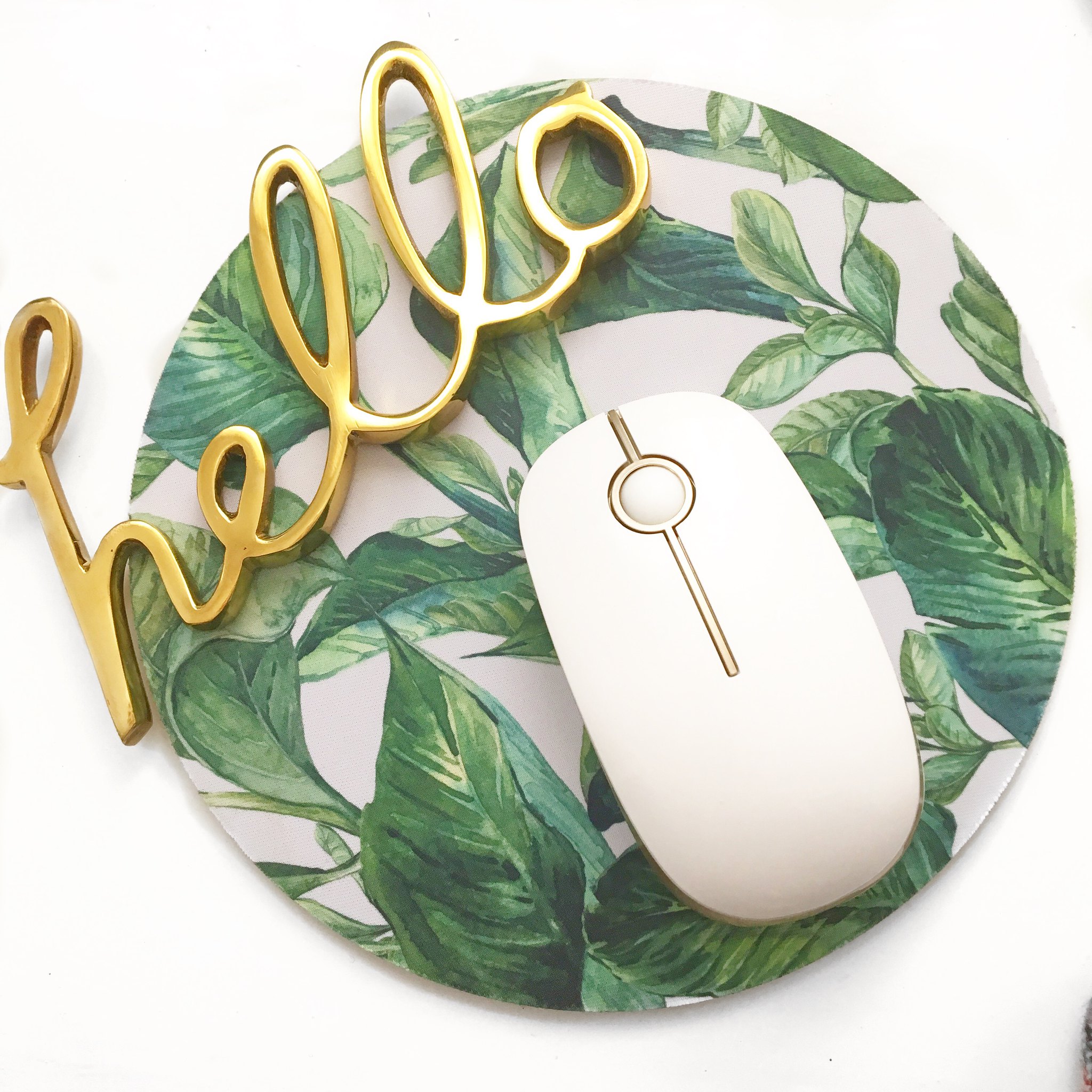 So, it’s time for the final reveal of my office! I’ve hated the home office I’ve worked in ever since we moved in – peach walls, beige carpet, blonde wood bookcases, a bright purple desk (thanks teenage me!), a black fabric office chair… Nothing matched, it was always messy, and we didn’t use the space properly. Plus, I hate carpets and I couldn’t wait to rip everything up and replace it with fresh, clean laminate! (Style note: Charlotte Olympia kitty flats here.)

END_OF_DOCUMENT_TOKEN_TO_BE_REPLACED

Since a new Next store opened up the road from me, I’ve spent many a happy evening browsing the racks to bulk out my wardrobe – and my kitchen! Next have some great on trend knits this year – I especially love these three! And who could resist a cute doggo?!

Check out those sequins!

I’ve found myself in London a lot recently for work, and luckily I’ve had plenty of time to window shop, too. My favourite place is rapidly becoming Regent Street, followed by a detour for Fortnums and a dash up to Bond Street.

Shopping in designer stores is very much a case of look and don’t touch for me – which makes things pretty easy on the wallet. Still, I’m not quite sure how I managed to walk away from an embroidered kitten with a levitating crown…

I’ve also resoled two of my favourite pairs of shoes – my kitty flats from Charlotte Olympia and my rose gold Ferragamo flats. If you take your shoes into most designers they’ll send them off to be repaired for you – I prefer to go through the brands I purchased from to make sure everything goes smoothly, but it can be a huge hassle to get back into London to pick them up again!

Charlotte Olympia is fairly reasonable (£25) and quick – and they will even pop your shoes in a canvas tote bag as well! Plus, you get to look at their gorgeous shoes while you’re there… try to resist if you can! (But how can you?!)

Meanwhile, Ferragamo is far more expensive (£45 for a resole of my admittedly abused flats!) and takes a lot longer, because apparently they ship them all to Italy to have them repaired by one woman… (The sales assistant could have course been a bit off the mark here…)

I’m hoping that the new soles last me a loooong while – but to be honest, I’ve worn these non-stop for months, so it’s worth it. (A note, though – I had my patent flats soled as soon as I purchased them and it was just £25. Maybe cheaper as they hadn’t been worn yet – and rubber soles are much more durable than leather. If you’re going to wear your flats daily I’d always recommend getting them soled right away!)

One of my favourite Christmas traditions is to pick up new decorations every year, especially ones that have a meaning or mark an occasion. My husband and I picked these up from Liberty’s Christmas floor when we visited during my birthday weekend – I love the fact that they accidentally matched even though we bought them separately!

Of course, while you’re in Liberty’s, you’re obliged to look at their gorgeous fabrics – and if you’re me, curse yourself for never really learning how to sew properly! I’d love to whip these up into something amazing, but sadly I have no talent in that department!

Another place I love to visit in London is Abeno Too, just by Leicester Square. It’s a tiny Japanese restaurant with tabletop cooking as a speciality. Okonomiyaki is the main dish, but you can get noodles and pancakes and even seasonal dishes like this gorgeous aubergine starter. If you’ve never tried okonomiyaki you have to go – it’s one of my favourite Japanese dishes and it’s so delicious! It’s a savoury batter heavy with cabbage and topped with a sauce that tastes a little bit like HP (but not exactly – I hate HP Sauce but I love this! It’s quite similar to tonkatsu sauce if you’ve tried that before), plus Japanese mayonnaise and seaweed and bonito flakes. It’s cooked in front of you on the hotplate, and it’s a fun and enjoyable meal out!

And, finally, these are the accessories I’ve been wearing non-stop! My Canadian tartan scarf from eBay, my past season Givenchy SVG 773 sunglasses, my Monica Vinader siren earrings that I got for this birthday just gone, my vintage Japanese pearl necklace my parents got me for my 30th birthday, and my beloved Hermès enamel bracelet. Believe it not, this is rapidly becoming one of my best value items if you break it down to cost per wear – it’s been on my wrist non-stop since I got it!

I’ve been doing Thanksgiving in the UK for years now. Partly it’s to indulge in my love of Americana, partly it’s to trial new dishes for Christmas, but mostly it’s to do a kind of Christmas with friends, which is not something that’s easy to do for a holiday that’s dominated by family. I like to call it Friendsgiving, and some people call it Friendmas, but either way, I can’t see how anyone wouldn’t want to get behind a day of fun, food and friends – no matter which side of the ocean you’re on!

I don’t have a lot of room for entertaining but I think that what’s part of the fun – a cobbled together table made partly of IKEA garden furniture, and mix and match plates; the Glitz design from Next and my Starburst set from Biba at House of Fraser… (I also picked up gold tumblers and cutlery from Next too!)

This year I used mini pumpkins left over from Halloween and used a gold Sharpie to initial the guests’ names on them – a last minute rush job, but it looks fairly decent considering I was in literal red alarm panic mode when I did it!

For my starter, this year I did a really simple cheese board. It’s so easy to throw together and gets everyone talking as they pass the crackers and talk about which cheese they like the best! I made chutney from The Spicery’s apple chutney recipe, and served Hotel Chocolat’s gorgeous new Christmas chutney too – it went down a treat!

I’m definitely picking another jar up for my Christmas cheeseboard! (Get yours here: mine was C/O Hotel Chocolat, usual RRP £5). Picking the cheeses was fun – you should get a mix of different textures and flavours, but always remember your audience. Experts say to select at least one from the four basic categories of blue, aged, firm and soft. I say, pick what you and your friends like – it’s easy to get bogged down in rules and forget the simple things!

I thought I was being a bit restrained with my main courses, but when I wrote it out it was obvious I was as crazy as ever. The day before I’d made Nigella’s ham in Coca Cola (forget the turkey – it’s not Thanksgiving or any kind of celebration in my house unless Nigella is involved somewhere) and started my dry-brined turkey. This was served with a cognac, cream and thyme gravy (and good old Sunday roast gravy too, which was far more popular!)

On the side was brown butter and pecan green beans, which was a massive hit and a new dish I will definitely be making again. I also made rosemary and orange cranberry sauce, cheddar cheese cornbread, creamed corn (if I don’t make this, I will be in real trouble with certain people!) apple, bacon and caramelised onion dressing (I think I’ll go back to Martha Stewart’s classic onion, sage and celery next time) roast potatoes, smoked garlic mashed potatoes, maple syrup and cracked black pepper carrots, and peas! And, my lovely foster-sister-cousin made mac and cheese!

Most of the recipes I make year after year come from two books – How To Cook A Turkey from Fine Cooking and Thanksgiving 101 by Rick Rodgers. I’ve got loads of Thanksgiving recipe books, but these two are the absolute best and I would recommend them to anyone!

Then, pumpkin pie, apple pie and chocolate cheesecake (all made by my lovely mum), followed by fireworks in the garden and roasted chestnuts and marshmallows around the fire. That’s because, unfettered by the American (and Canadian) constraints of time, I can have Thanksgiving whenever I like, and so I decided to have it on Bonfire Night in the U.K., to make a double whammy celebration!

I’d love to know your favourite Thanksgiving recipes and traditions – share them with me in the comments!

I’m not going to lie. From November until January, I wear as many Christmas jumpers as I possibly can. December is obviously reserved for the most Christmassy of my collection, but there’s nothing wrong with wearing a nice Fair Isle inspired sweater, or a cute reindeer print in the dark days of January (and beyond…?)

With that in mind, I’ve scoured some of my favourite retailers to bring you my best of the festive selection!

Here’s where to get your hands on these beauties, starting from the top left, then moving left to right, row by row:

Which is your favourite? I have to say, it’s hard for me to pick, but the Joules navy stripe with stag print might just be my favourite – I’ve purchase one, and it’s so soft I don’t want to take it off! And, as a bonus, the stag head is knitted with gold sparkly wool, too! Heaven!

END_OF_DOCUMENT_TOKEN_TO_BE_REPLACED

If you follow my blog you’ll know I love Next for their accessible fashion, Mulberry for their British design, and Hush for comfort and style. So, when there’s no surprise that one of my go-to outfits recently has been a combination of all three!

END_OF_DOCUMENT_TOKEN_TO_BE_REPLACED

If you’re like me, there are probably loads of fashion styles you love but would never dare to try out. I’m a sucker for hats but I rarely wear them because they seem so ostentatious unless you’re going to a wedding or another formal event. Equally, I love a good cape, but apart from one very brief affair with a navy ASOS cape that ended up covered in dog fluff, I didn’t own any… Until this autumn, that is!