If there’s one thing I love doing, it’s buying workout clothes. There are so many gorgeous outfits and beautiful trainers that whenever I feel like my motivation to work out is waning, I can be sure to revitalise it with a new T-shirt or even a pair of trainers. So when the Duchess of Cambridge appeared in Portsmouth wearing a new pair of Adidas Pure Boost Xs, I knew it was time to make a purchase. I’ve never bought a pair of Kate’s trainers before (although I do have a pair of New Balance x Heidi Klum trainers that Pippa Middleton later wore!) so that helped tip them into my basket – and the fact that I could nab them from Next helped too!

When they arrived, the first thing I noticed was their rather eccentric construction. The shoe is only attached to the sole at the toes and heel, and the arch of the foot is suspended above the base. This is probably the weirdest thing I’ve ever seen in a running shoe, although it does provide better ventilation for your foot. As I often run on trails, this rang alarm bells immediately, as this shoe is certainly not suitable for running on mud or through puddles. (Can you imagine getting a twig or a stone caught under your arch and on the top of the sole? Ouch!)

The technical term for this construction, according to Adidas, is a floating arch. The idea is that this creates more support by encasing your arch (I called it a foot hammock and I stick by the description), but personally I didn’t feel like this actually worked for my foot in the short time I’ve been wearing it.

The other thing I noticed was how cool these look in person. It doesn’t really come across in the pictures (and I have to admit, the first pics I saw of Kate wearing made me think this was a pretty boring shoe), but these have some serious style. It was the second batch of pictures released of Kate in her black Ralph Lauren jumper and skinny jeans that made me rethink them as a serious purchase. They’re just so sleek! 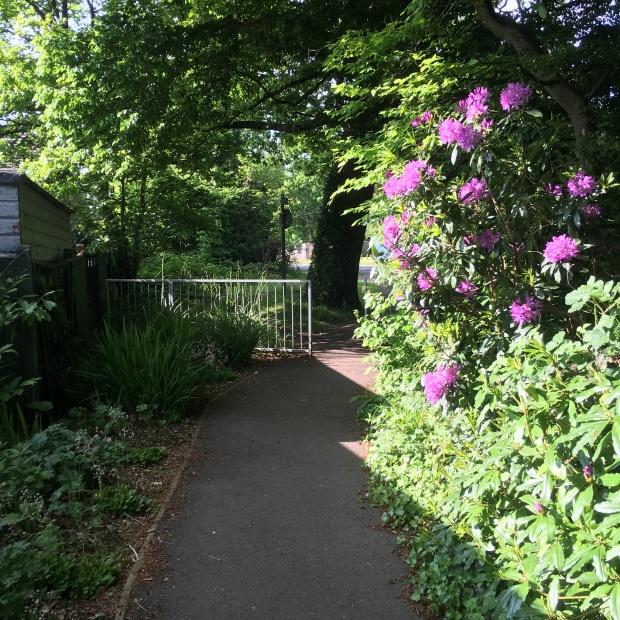 Anyway, after I’d finished mucking around and sticking my hand through the bottom of them, I decided to take them on a run to put them through their paces. I already suspected they wouldn’t be great on trails so I decided to put that to the test and do a normal circuit through the woods. First, though, I tried them out on the pavements – and as  I thought, they’re a decent road runner, nice and light on my feet.

On my usual, stony, woodland trails, the shoes do fairly well. There’s very little in the way of grip on the sole, but the stones in the soil here help the shoe to stick. Even at this stage, it was becoming apparent that the Pure Boost’s strength was running on concrete, though… 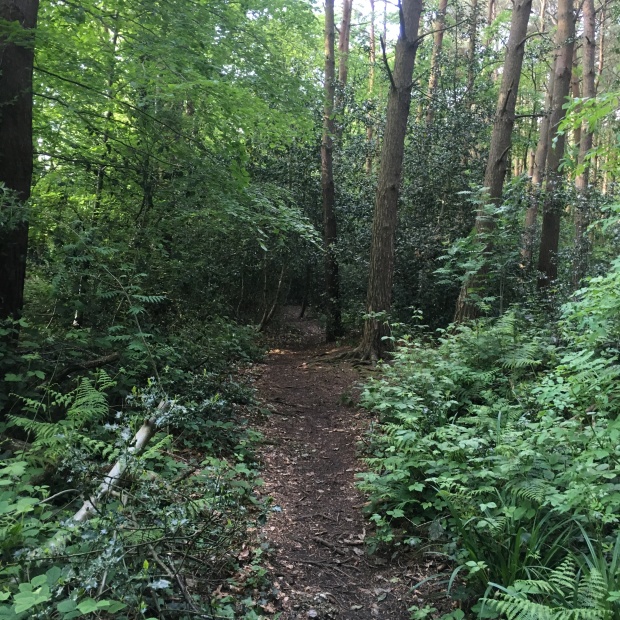 Things started to get a little bit worse on the narrower, rooty pathways – not having the arch of the foot attached to the sole really started to ache my arches after a while, and if there’s any movement on impact when you put your foot down on something (large stone, tree root, whatever), there’s a lot of sliding inside the shoe as your foot isn’t supported all the way across.

Here’s a prime example of a situation where the Pure Boosts are completely out of their element. No, I wasn’t drunk when I took this pic – the ground really is that slanted in places. When you’re running on a surface like this your foot will naturally slant to the side, but when wearing the Pure Boosts, the lack of attachment allows the foot to slide inside the shoe quite a lot. At one point, because my foot wasn’t anchored in the centre of the shoe, the toes and heel went sideways with the ground while my arch when downwards with the force of my stride. A little difficult to explain, but suffice to say there was a bit of mid-run foot-in-shoe adjustments going on after this section. I would not run in these shoes on a trail like this again! It also worried me to think of road running in an actual race with these on – if you found yourself running on a street with a steep camber this would be very uncomfortable after a while.

With all the negatives out of the way, I have to say I’m still glad I bought these. Any runner who goes on a variety of different surfaces will tell you there’s no such thing as an all-purpose shoe. The all in one base on the shoe means there are fewer spots to rub and cause chafing and blisters. You can theoretically wear these without socks, although as you can see I chickened out and wore mine! The shoe does fit quite snugly and all the recommendations I’ve seen are to take a half size up from your normal size (I can’t be the only one who finds this infuriating, can I? Why don’t they just label them a half size differently if that’s the case?). Personally, I would recommend these for short bouts of road running, casual wear, gym wear or doing sports like sailing! (I have no idea on the last front, but Kate seemed to think they were suitable!)

Reading reviews of the shoe online shows me that I’m not alone in thinking these aren’t the best for running, despite them being advertised by Adidas for that purpose. Most of the feedback recommends these for short runs or gym visits, and I’d agree. If you’re going further than five miles and you’re going off the pavement at any point, this is probably not the shoe to wear. But if you’re looking for a lifestyle/casual pair of trainers that you can also wear for the odd treadmill run or fitness class, this is a great choice.

The Adidas Pure Boost X is available direct from Adidas, or via Next. This model is the  Pure Boost X Shoes Core Black AQ6681, and they’re priced at £90.(The Pure Boost X also comes in a large range of other gorgeous colourways!)