Welcome to day four of my summary of my experiences on Marco Borges’ 22-Day Revolution. To find out why I started this vegan diet challenge, and to begin with day zero, click here! Also, please note, these are recipes from day five of the plan, as I had to skip day four until my tapioca flour arrives!

(Click here to be taken to the Amazon page to purchase your own copy, through my affiliate link: The 22-Day Revolution: The plant-based programme that will transform your body, reset your habits, and change your life. 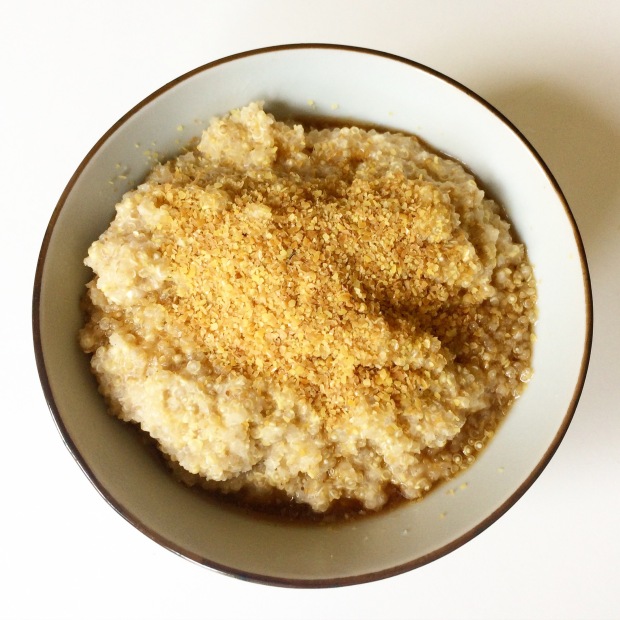 I really liked today’s Quinoa Porridge, although I halved the recipe. It’s a simple mix of quinoa, almond milk, vanilla extract and cinnamon, topped with maple syrup and flaxseed. Even halved, it came to 411 calories – so you can see why I didn’t make the full batch! 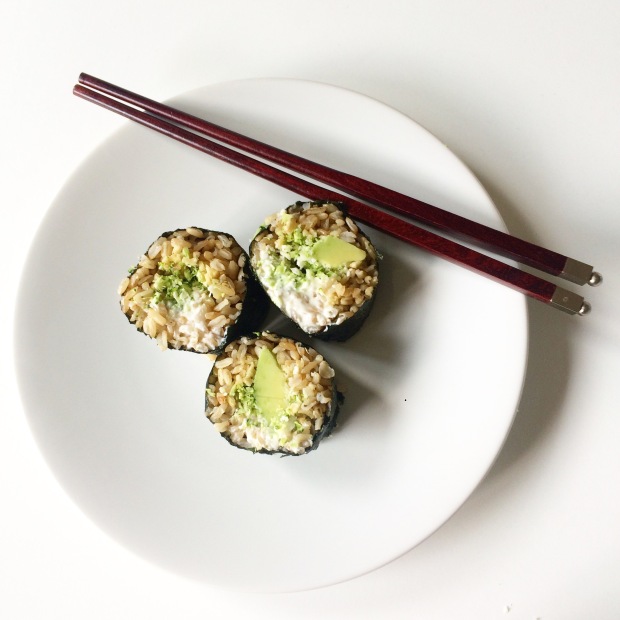 The vegan sushi recipe had been intriguing me for a while – you cook short grain brown rice, then roll it in nori with vegan mayo, avocado, and raw broccoli, cauliflower and cashews, all processed into small grains.

I made the full batch of 200g of rice as called for, but when I started to make my sushi, I found there was way too much rice, so I only used half. I did use the full amount of cashews and mayo, but maybe half of the broccoli and cauliflower. Verdict – really delicious – the raw veggies added a crunch, and the cashews were great (as they are in everything!). I’m not quite at Jiro level when it comes to sushi, but I’ve researched it plenty and made my own a fair bit, so I was pretty surprised that there’s no dressing at all on the rice. I feel pedantically compelled to point out that ‘sushi’ refers to the seasoned, vinegared rice in a sushi roll, so this isn’t sushi at all. Not sure why it couldn’t have had some apple cider vinegar in there to liven it up either! This would also have really helped the rice to stick together – let’s just say that there’s a reason there are only three neat little rolls in the photo! (I actually made and ate about twice that amount, but it wasn’t fit for print!)

So, lunch made with just 100g of raw brown rice was 429 calories, although it would have been a little more with the extra 100g of rice. Even though I’ve been reducing these portions, I have to say I haven’t felt hungry on this plan so far, except for the odd niggle here and there.

I was super looking forward to dinner, and it didn’t disappoint. I love aubergine at the best of times, and topped with Pico de Gallo, it sounded like a dream! Again, I hold my hands up to tweaking the recipe – it suggests four tablespoons of olive oil for one aubergine, but I didn’t want to eat nearly 500 calories of oil in one sitting, so I used half. Even then, the recipe calorie count was 502 calories – pretty high for such a light meal, but totally worth it. Again, you’ll see that this is topped with avocado and tomato, but the recipe called for added parsley, onion, lime and garlic. I didn’t pop any chilli in, and I resisted the urge to add coriander instead of parsley, and I really enjoyed it. The lime juice tasted super sweet for some reason! 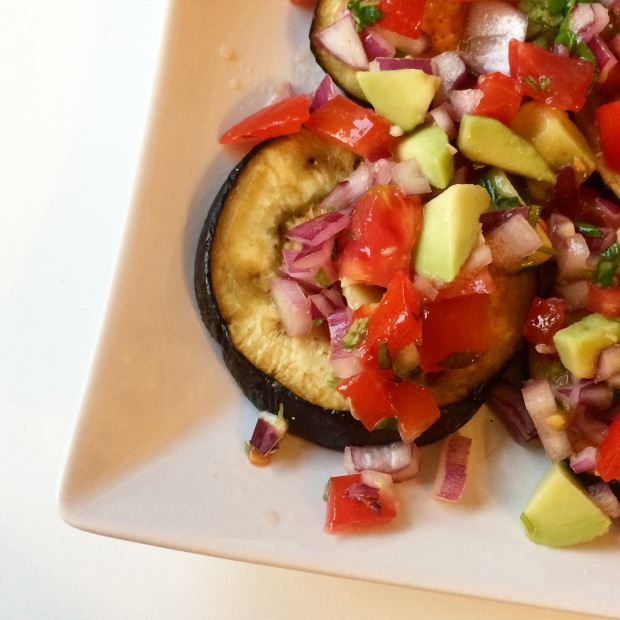 Today, even with my calorie adjustments, the total amount came to 1342, plus I drank my usual cup of hemp milk in tea. And, here’s a confession, I’ve also been drinking some Coca Cola Zero AND using sweeteners in my tea. Shh. Sometimes you have to draw a line in the sand…

So, given how high the calories have been, and how naughty I’ve been with my sweeteners, it seems inevitable that the weight loss so far (only day four!) would be fairly low. Or maybe none at all?

Nope! I’ve actually lost 5lbs so far. Colour me amazed. I was totally sceptical about this, but so far, it’s really working out! The food is great, and there are definitely some recipes I’d like to eat again. I’m sure this isn’t sustainable across the entire plan, but I’ll keep checking in with my progress – see you tomorrow!

Nothing more festive than a visit to @fortnums at Christmas! Trying not to splurge this year but I had to buy a box of cherry Turkish Delight - one of my absolute favourites! (If you think Turkish Delight is just rose flavoured and you don't like it, try some of their citrus and fruit flavours. Yum!) #london #fortnumandmason #fortnums #christmastree #englishchristmas #baubles #goldbaubles #goldchristmastree #festive #ChristmasinLondon
Hello my precious... So happy to find a raclette stall at the Christmas market today! #raclette #cheese #southampton #tasty #foodporn #christmasmarket #ilovecheese
Had a blast this afternoon with Nintendo playing Brain Training at Ice Bar! Met so many hilarious people - it might have been the free bar though. 😆